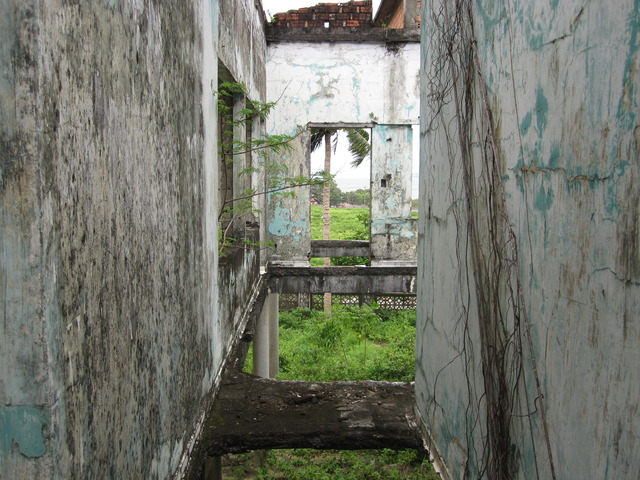 After their independence in 1953, a generation of Cambodian architects began transforming the face of their country…

Welcome to our Kickstarter page! We hope you enjoyed our video and thanks for visiting.

The mere fact that you’re here means we’re accomplishing part of our film’s goal: taking New Khmer Architecture to the rest of the world.

New Khmer Architecture was an architectural movement in Cambodia during the 1950s and 1960s. The style blended elements of the Modern Movement (in particular, the work of Le Corbusier) with two distinctly Cambodian traditions: the grand tradition of Angkor, and the tradition of ordinary people’s wooden houses. Colonial architecture also had an influence, especially in the earlier years. The movement was founded in 1953 with Cambodia’s independence, reached its climax during the 1960s and came abruptly to an end in 1970 with the overthrow of Norodom Sihanouk.

We’re passionate about this film for many reasons. First and foremost, our team has been working so diligently to make this film happen because many of these buildings are in danger of being destroyed. Those who experienced the magnitude of Cambodia’s modern golden age (1953-1970) are in their twilight years and we want to tell their stories before it’s too late.

This film must be made now.

Some of these buildings will inevitably be destroyed and this film is their tribute. With your help, we will assist in saving the most important pieces of Cambodia’s modern architectural history.

We love this film because it’s an underdog story. Cambodia was granted independence from the French in 1953. What happened? The floodgates of creativity and development burst open during the Sangkum Reastr Niyum regime (1955-1970), when Prince Sihanouk enacted a development policy encompassing the whole kingdom with the construction of new towns, infrastructure and architecture. Almost immediately, the face of Cambodia outshone any nation in the region. Cambodia, for centuries fought over by its neighbors to the east and west, was coming up.

Virtually all architecture documentaries feature western architects and works. This film gives a voice to a generation of Cambodian architects, 86-year-old Vann Molyvann in particular. Mr. Vann’s holistic approach to development was truly ahead of its time. His designs were aesthetically, environmentally, and socially forward-thinking. He is the hero in our story.  He’s the voice of New Khmer Architecture, and the voice of the pre-Khmer Rouge era of hope and independent development.

Our passion for this project stems from one word: Khmer. What comes to mind when a person hears that word? Often, the association is with the Khmer Rouge. The atrocities of the Khmer Rouge notwithstanding, Khmer culture is so much deeper and more profound than a single, horrible, four year regime. The Khmer people, which account for 90% of Cambodia’s population, have a rich history, dating back thousands of years. The architecture of their history, from Ancient Angkor to New Khmer Architecture, deserves to be responsibly preserved. These structures are cultural markers, reminders of greatness, and will provide inspiration for generations to come.

Key things that this funding will provide:

We’ve put together some reward packages that offer great value for your support. All contributors, starting at just $1, will receive a free download to our short documentary on the Kep houses.  Starting at just $15, you’ll have access to a digital download of our finished film, or we’ll send you a Khmer scarf from the iconic Phsar Thom Thmei (Central Market) in Phnom Penh.  For $25, you get both!  All contributions of $5 and up receive access to our live production blog.

Once again, thank you for visiting our Kickstarter page. Even if you choose not to give, please remember the story of New Khmer Architecture and Cambodia’s rich cultural history. If you do choose to give, our sincerest gratitude. This film is so much bigger than us and your support makes it happen.

Current contacts in Cambodia and abroad:

RISKS AND CHALLENGESLearn about accountability on Kickstarter

The most significant danger is that these buildings, and those who designed them, will be lost forever. Almost 70% of Cambodia’s population is under the age of 30. Vann Molyvann is 86 years old. As a nation ages, so do its memories. We wish to help preserve the architecture of this remarkable era in Cambodian history, so the younger generations can learn from their elders for generations to come.